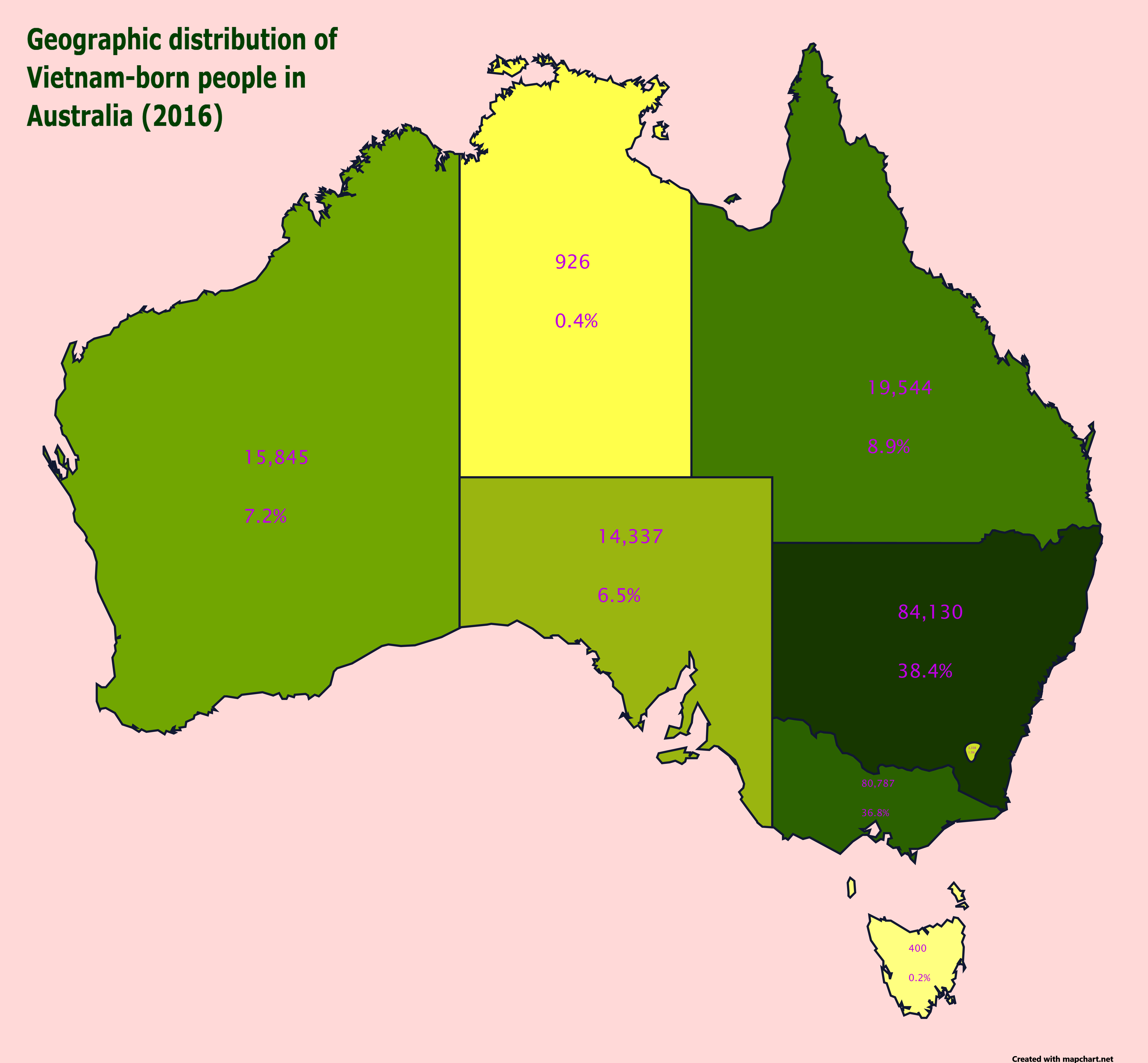 ‘This map appeared in my feed. Not familiar with Australia, but wondering why that certain section has such a high percentage of viet population? And what is that region called?

Also, how prevalent is Vietnamese culture in Australia compared to “viet-Australian” culture? Not sure how to put it, but it’d be similar in comparison to the difference between Filipino and filipino-American culture. Thanks for your time