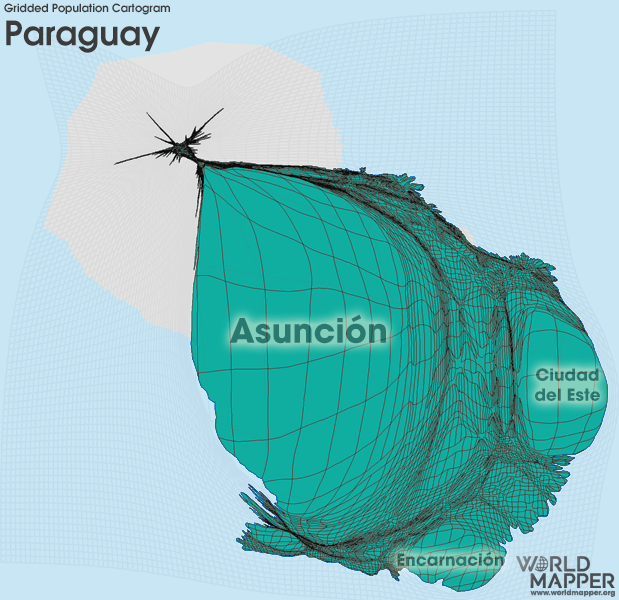 ‘I always wonder what is up with these south-american countries like Paraguay, Uruguay, Chile and Argentina. We arent educated about their history here and there are never any news about them either. What’s life like there? Is there as much social and national tension as in Europe? Do they wage any wars, do they migrate anywhere? Do they care about the rest of the world at all? Im just completely clueless, I do hear some stuff about Brasil, Venezuela and Columbia, but the rest are just blind spots in my knowledge

Born and raised in Chile until adulthood. Pretty mellow country, it used to be quite culturally homogeneous.

These days there’s been a massive influx of immigrants, chiefly Colombia, Venezuela, Haiti and Perú. Useless current president soon to be replaced by a dude who’s literally half his age, and cradle of the neoliberal model.

Just ask replying to this comment and I’ll happily reply ;)

Ok, my main question would be how much are these countries affected by the rest of the world? I mean here in the EU, we are obviously connected in a level to eachother, are dependant on the policies and happenings of Asia, the middle-east, the US and somewhat Africa. On what scale something like this applies to south-america? Do you care what’s up outside the continent?

In general, whatever happens outside of the Americas, China and the EU doesn’t affect South American countries that much.

In those regions it highly depends on the country. The South American market is oriented towards the export of raw materials, whether it’s Brazilian coffee, Ecuadorian oil, Chilean copper or Argentinian grain and beef.

Biggest commercial partners vary widely, though most of the region’s main customer is China. Politically, though, most countries prefer to align themselves with the US/EU, and the richer countries, like Chile and Brazil, get most if not all their imported military hardware from those countries, but will gladly accept Israeli and Swedish weapons too.

Regional interdependency is quite significant too, particularly in times of crisis. During the Falklands’ War, for instance, Perú sold Mirage planes to Argentina basically at cost, and most other countries offered solidarity ro different degrees - except for Chile, with which a war wasiterally avoided on the 11th hour four years before. Chile supported the UK, partly due to historic ties, but also due to natural convenience. Venezuelan migrants have mainly relocated in Colombia, Chile and Argentina, in the first case because it’s the easiest country to get to for them, on the latter due to more political stability, and greater economic opportunities. On merrier terms, most countries have commercial agreements to limit tariffs amongst them, and by and large traffic of goods and services is quite fluid. LATAM, for instance, the largest airline south of Rio Grande, is the result of the fusion of LAN, Chile’s former flag carrier, and TAM, Brazil’s largest domestic carrier. Today it stands as the flag carrier of Brazil and Chile, headquartered in the latter, and it generally dominates traffic in the region. It’s also one of the few airlines to fly to pretty much all around the globe.

Moreover, depending on the country, cultural and social links are more stressed. Argentina, for instance, had a huge French cultural influence among its aristocracy a hundred years back (and on its military as well), and Italian influence for the poorer folk. The aristocracy, however, remained of strictly Castilian origin.

In Chile’s case, however, foreign influence was more confined: I ntellectuals were inspired by France, the army by Germany, and the Navy by the UK. The traditional landowning aristocracy was, on the other hand, of proud Basque heritage. Given these “cultural enclaves”, us Chileans, and Argentinians, have strangely distinct culinary traditions, when compared to our neighbors. Chile is Latin America’s largest tea drinker, and the consumption of German-influenced sandwiches, meats and pies is quite noticeable. Argentinians on the other hand have a strong pasta culture, and croissants (known locally as medialunas, half-moons) are on every corner bakery’