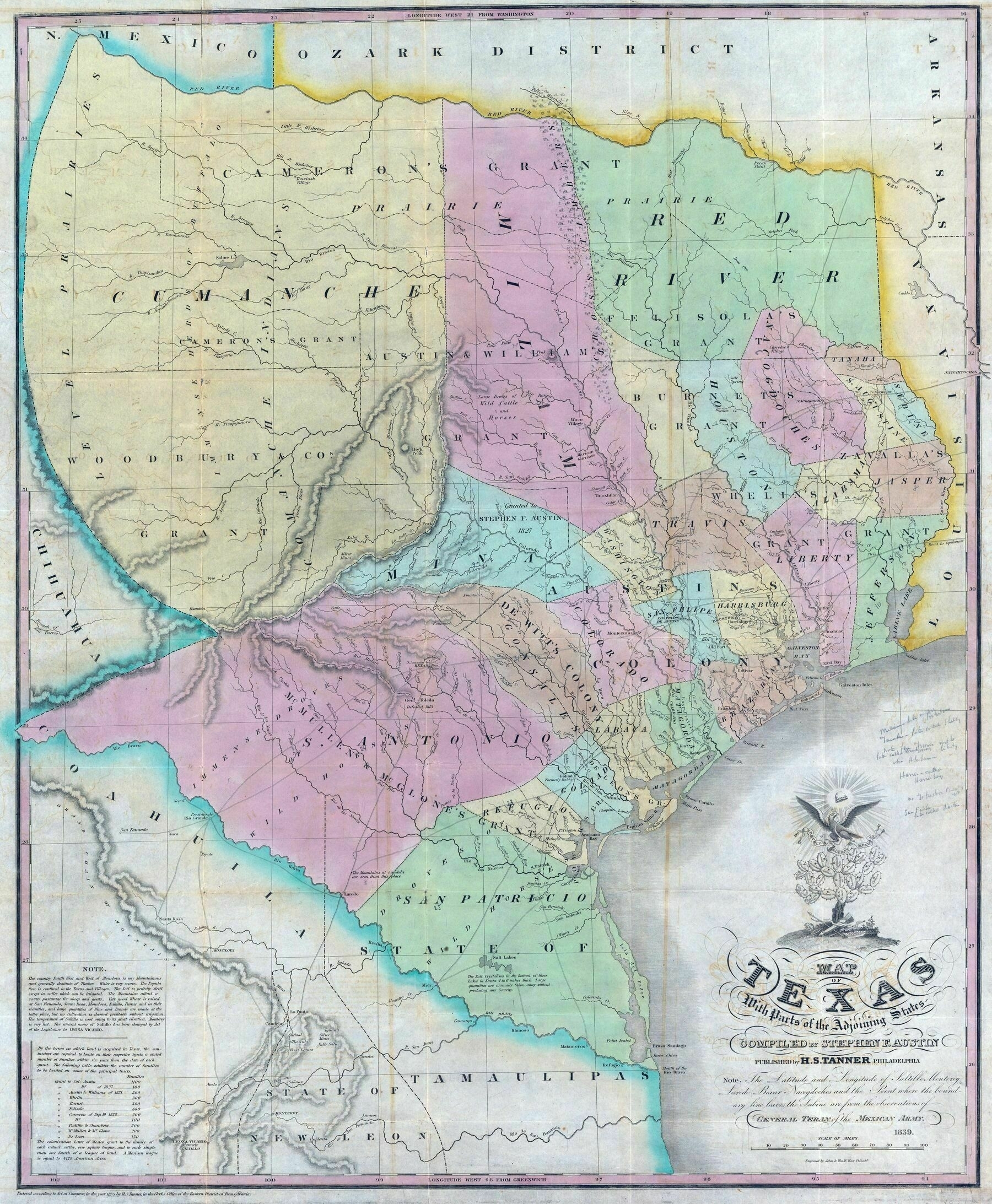 having a lot of trouble finding modern borders though. it looks like the southern and eastern borders are mostly the same, right?

where is el paso?

The southern border stops at the Rio Bravo which was apparently what the Rio Grande was called back then, so yes east, southern, and gulf coast borders are mostly the same.

El Paso isn’t on this map, it doesn’t extend far enough to the west (also El Paso didn’t become part of Texas till around 1846)’