Population map of Australia - from the 1921 census

Population map of Australia - from the 1921 census 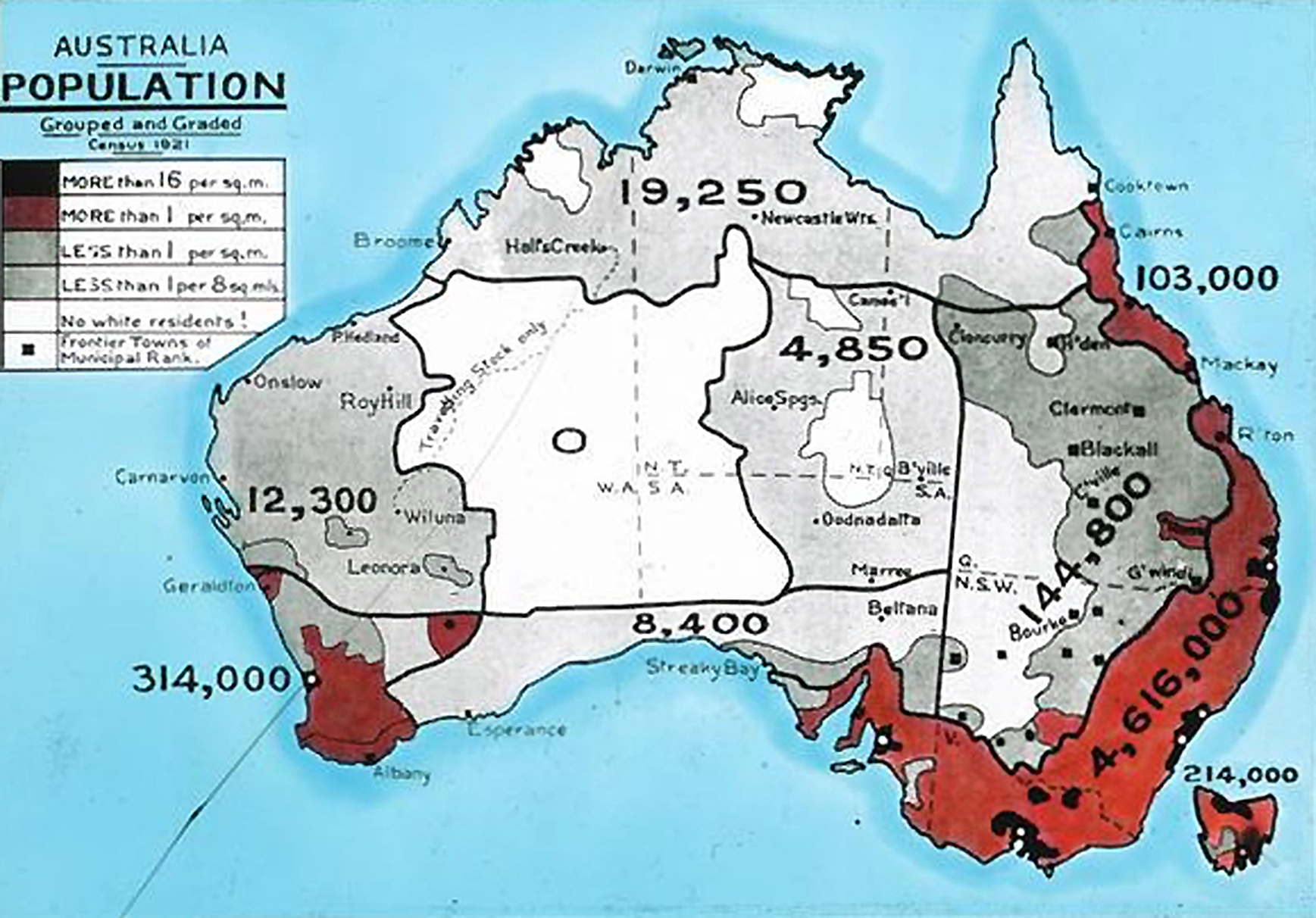 “That big ol 0 in the middle

Took the government until 1967 to count Aboriginal people in the Census. That was required after a referendum.

Even then the authorities were obsessed about the proportion of “aboriginal blood” in someone identifying themselves as aboriginal. It took until 1976 before we see a Census question acceptable to modern eyes.

Then took the Australian Bureau of Statistics until 2006 to stop saying the population of Australia in 1788 was the size of the First Fleet*. Even in the latest issue there’s references to “population” in the Explanatory Notes to publication 3105.0.65.00-2016 which can only mean “non-Aboriginal population” as the sentence makes no sense if “population” also includes Aboriginals.