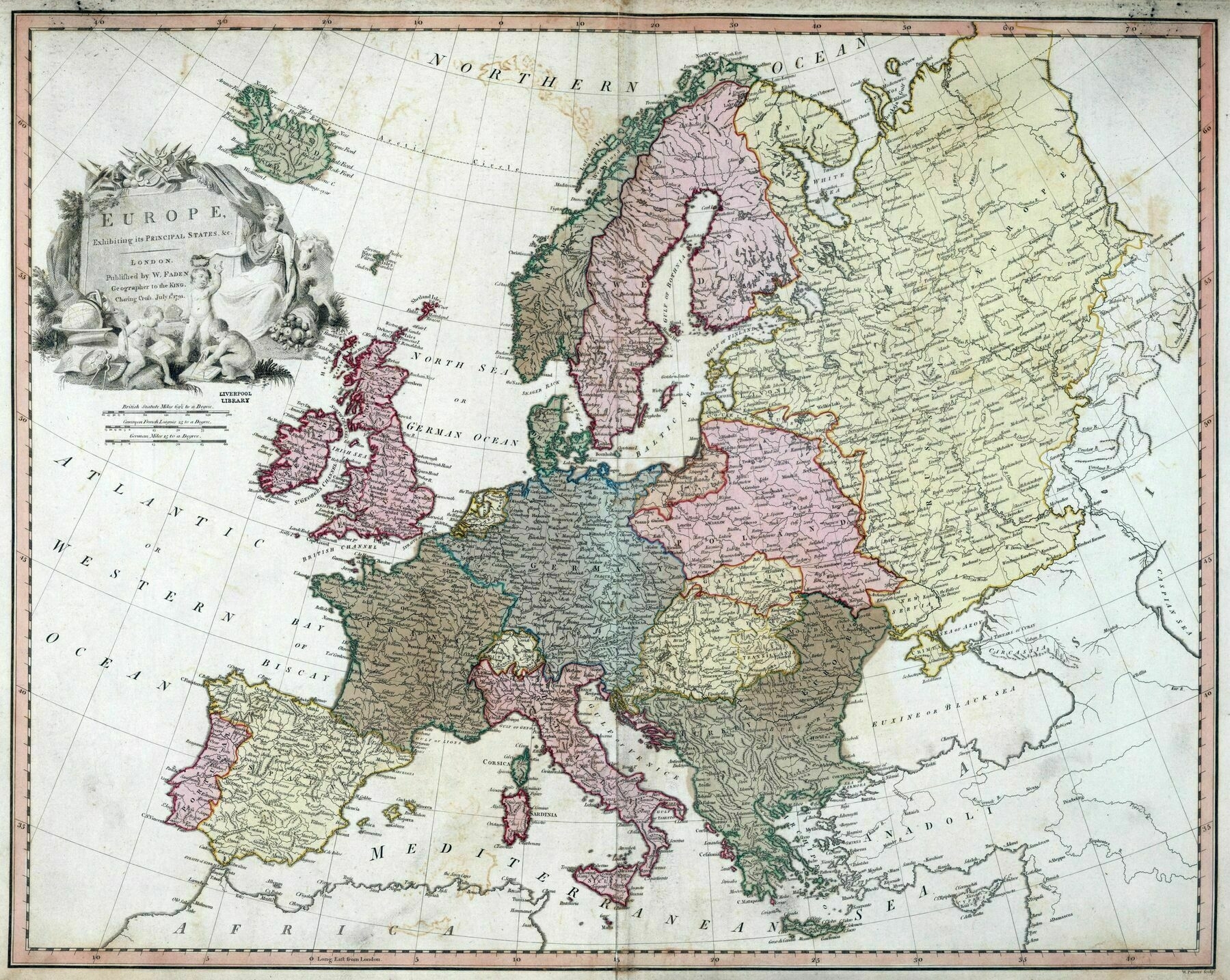 ‘Italy wasn’t even united in 1791, at that time there was a lot of major and minor states in the peninsula, even more these border seems more the border from 1871 to WWI so almost 100yr later, why the England Royal Geographer made this “mistake”? There is a reason behind it?

It’s not a mistake and it’s super common in almost all old maps. The colors do not represent de facto political divisions or “countries” as we know them today but rather broad regions and “realm”.

Germany was unified at the time within the Holy Roman Empire (of which we see the borders on the map). The HRE was a very very loose political entity, but it was a political entity recognized by all its members nonetheless. Modern historical maps tend to try to represent actual political authority so they will show the hre as broken between various polities, but for the people of the time, it was one realm.

Likewise with Hungary. Modern historical maps would have shown it united with Austria as both were under Habsburg control and could be seen as forming a single political bloc. However they were two different realms which were just ruled by the same person, hence the two different colors.

It’s similar for Italy. It wasn’t “unified” as a single polity, but the broad idea of Italy existed and the region was seen as its own realm of Europe.

I think a lot of this is because we apply modern concepts of federalized governments and the rule of law onto historical time periods. In many ways, in the 1700s, most countries in Europe did not have centralized governance and were closer to loose confederations of various fiefs than they were to modern nation-states. The concept of the nation-state really emerged as a result of the (at the time this map was made) still-ongoing French Revolution.

There weren’t even really ‘borders’ in the way we think of them today, a line that demarcates where some laws stop applying and others start. Law enforcement mostly faded to nothing in much of the countryside, so the actual limits of arbitrary political divisions mattered much less.’