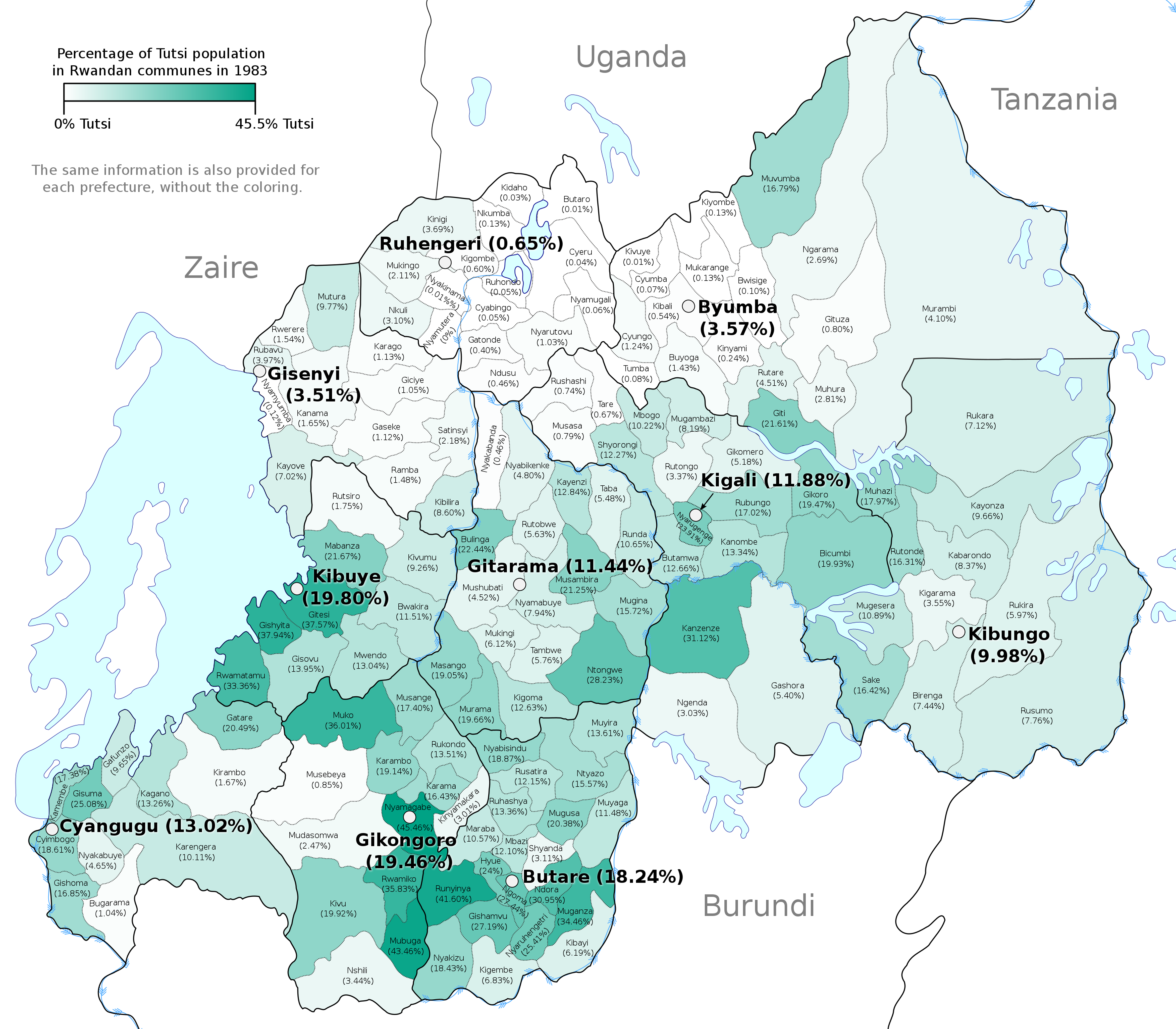 If you call anyone Tutsi or Hutu in Rwanda, they will put you in jail, because the now ruling Tutsi elite want to deny the fact that it’s the Tutsi who are the ruling class. It even spread to Wikipedia. There is distinction between how the articles are written for Rwanda and Burundi.

Can you give an example of it spreading to Wikipedia?

I take it back, the power of wiki, the article has found its equilibrium as opposed how it used to be, who ever has edited it has done an excellent job.

Rwanda has been a unified state since pre-colonial times,[43] and the population is drawn from just one cultural and linguistic group, the Banyarwanda;[252] this contrasts with most modern African states, whose borders were drawn by colonial powers and did not correspond to ethnic boundaries or pre-colonial kingdoms.[253] Within the Banyarwanda people, there are three separate groups, the Hutu, Tutsi and Twa.[254] The CIA World Factbook gives estimates that the Hutu made up 84% of the population in 2009, the Tutsi 15% and Twa 1%.[72] The Twa are a pygmy people who descend from Rwanda’s earliest inhabitants, but scholars do not agree on the origins of and differences between the Hutu and Tutsi.[255] Anthropologist Jean Hiernaux contends that the Tutsi are a separate race, with a tendency towards “long and narrow heads, faces and noses”;[256] others, such as Villia Jefremovas, believe there is no discernible physical difference and the categories were not historically rigid.[257] In precolonial Rwanda the Tutsi were the ruling class, from whom the kings and the majority of chiefs were derived, while the Hutu were agriculturalists.[258] The current government discourages the Hutu/Tutsi/Twa distinction, and has removed such classification from identity cards.[259] The 2002 census was the first since 1933[260] which did not categorise Rwandan population into the three groups.[261]