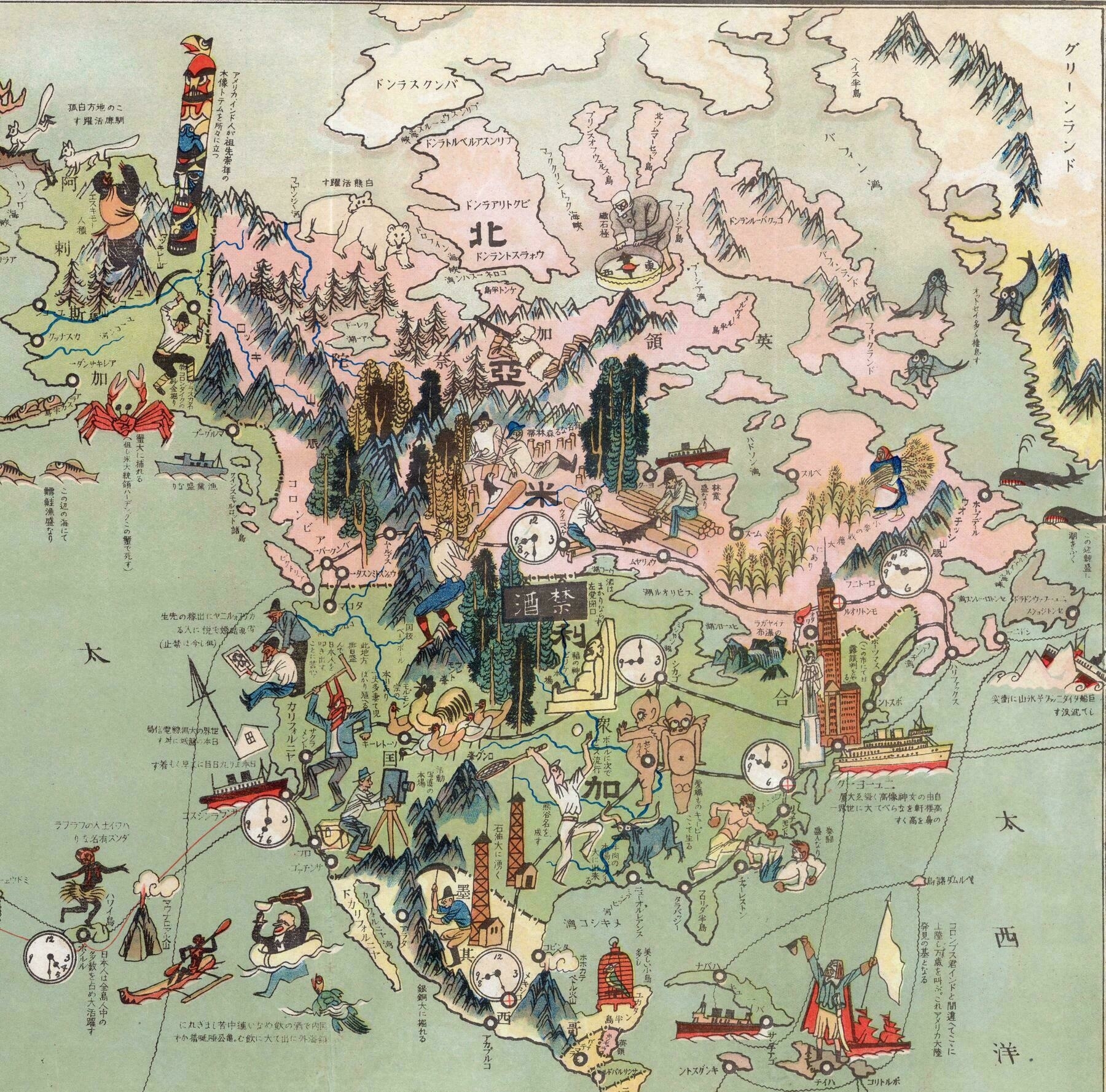 ‘There are too many words here to translate. About half of them are just transliterations of corresponding place names.

The others are descriptions of nearby illustrations, such as: In Caribbean see, “Columbus landed here, which he believed to be India. This was the beginning of discovery of American Continent.” In Atlantic Ocean, “Titanic sank because of an iceberg.” Crab and fish in Pacific Ocean says “there are plenty of them.”

Some of the descriptions are prejudices of Japanese people at that time, and I think are reflected by propaganda of Japanese Empire, although somewhat interesting and funny.

Here’s a couple more (my Japanese is only intermediate, so some subtleties might be off):

Off of Honolulu it says “Japanese people splendidly make up large numbers of people on all islands.”

Off the west coast of Mexico it says “They are able to excavate lots of copper and silver.”

Over North Dakota the black bar with the two kanji says “Prohibition (of alcohol).”

A more natural translation of message near Hawai’i would read, “Japanese people live on all the Hawaiian islands, making up a large proportion of the population.”

The 大活躍 doesn’t mean “splendid” but rather “very active.”’