Japanese pictorial map of Europe from 1924

Japanese pictorial map of Europe from 1924 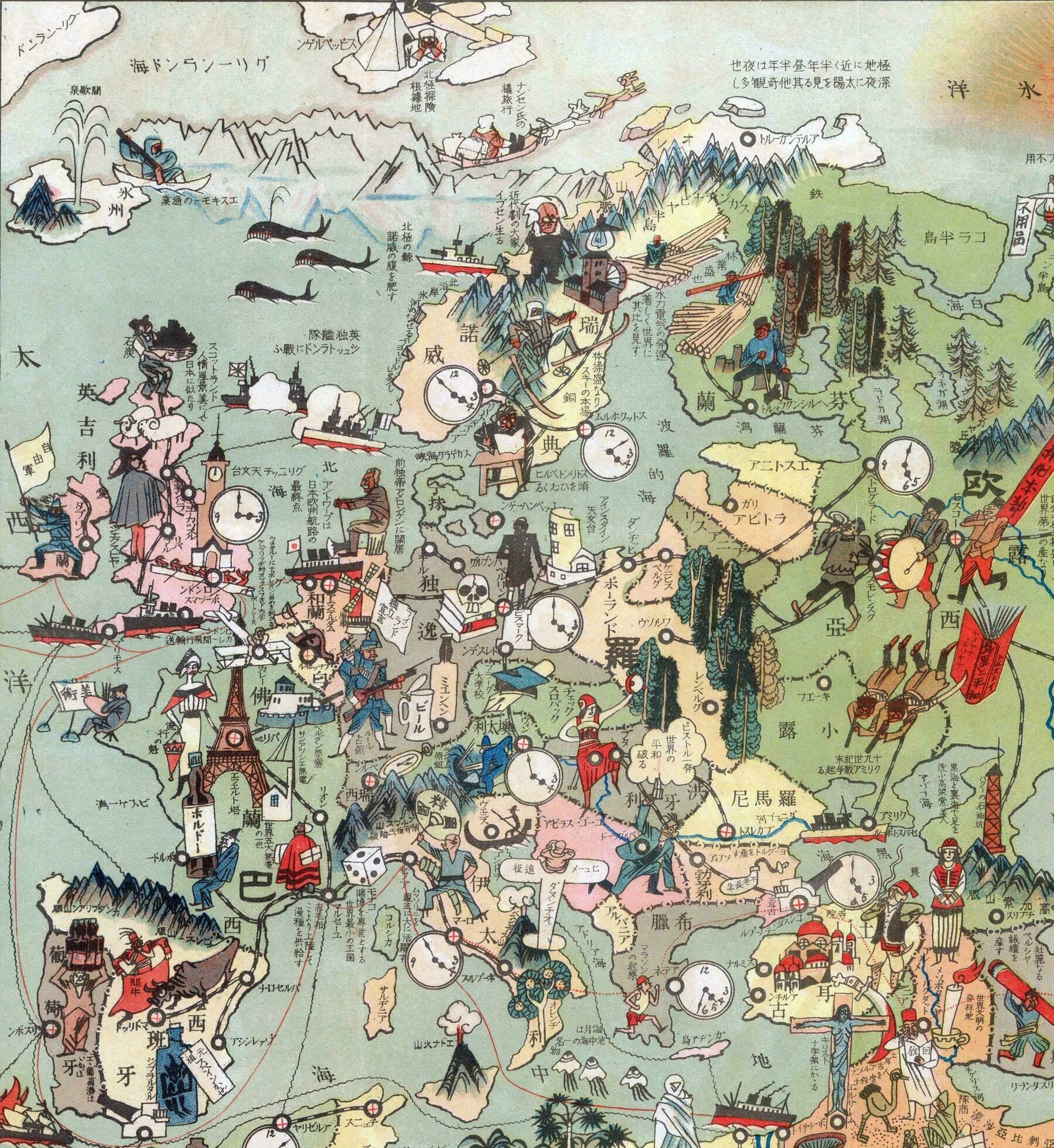 Japanese can be written horizontal or vertical. Traditionally, it was written vertically top down, each column right to left. However, in order to make it easier to include words and passages from western languages, it began sometimes being written horizontally. It wasn’t immediately clear if it should be right to left to be reminiscent of the traditional way, or left to right to better match most of the other languages they were coming into contact with. Left to right eventually won out, and Japanese is still written both horizontally and vertically almost equally.

All the horizontal writing on this map is right to left. That made it pretty confusing at first, but also uniquely dates this map to the early 1900’s. So 1924 checks out’