The distribution of Iranian languages

The distribution of Iranian languages 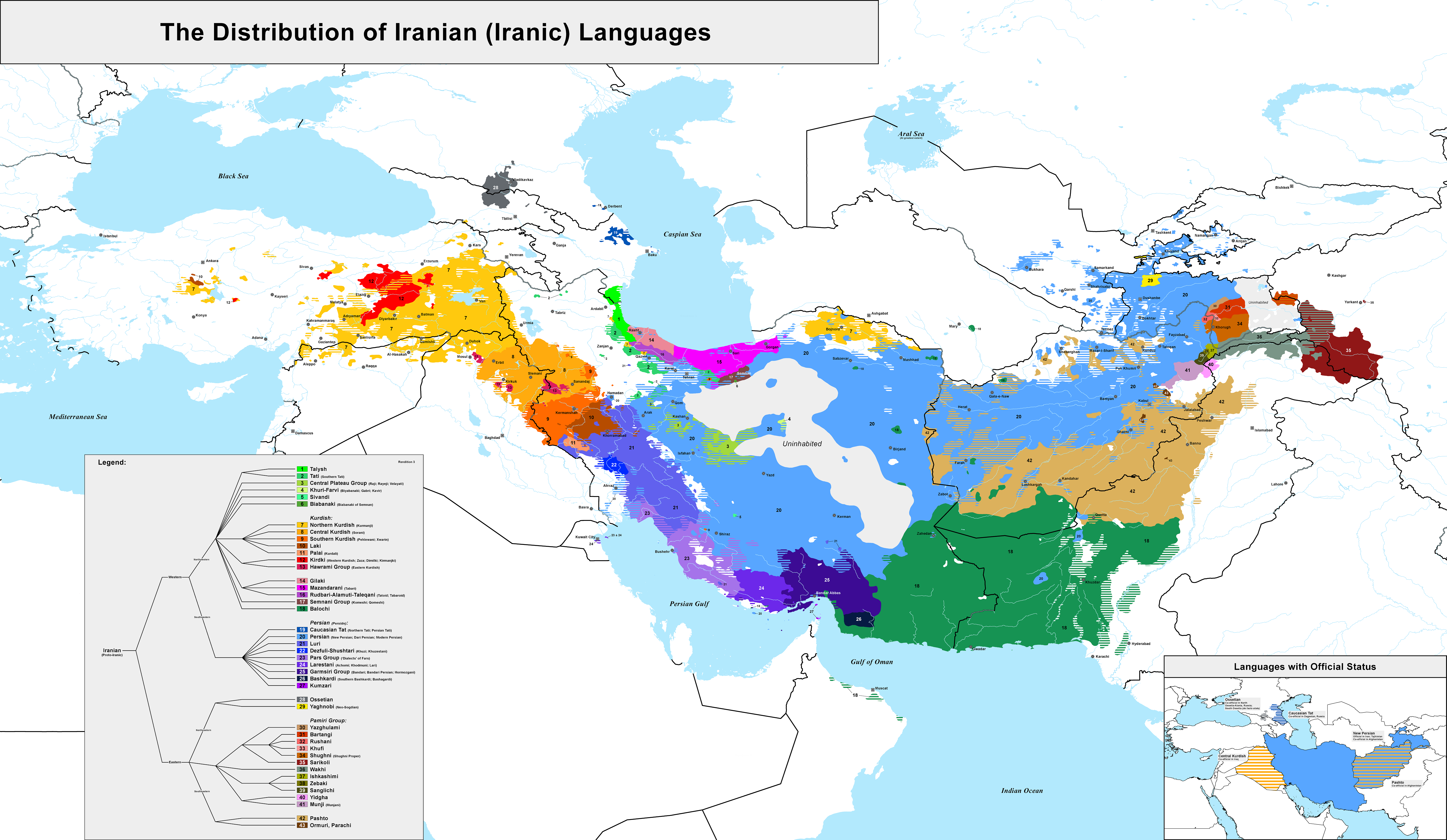 ‘Is the use of the word Persian or Farsi a political statement about the current government? Who is more likely to say Farsi instead of Persian?

It became trendy in the late 20th century to call it “Farsi” – but to my knowledge, it’s not a politicized question. Both the Academy of Persian Language and Literature (Iran’s language academy) and the Encyclopedia Iranica (supported by America’s National Endowment for the Humanities) have said that “Persian” is the proper name for the language in English.’