The prevalence of female genital mutilation (FGM) in Sierra Leone

The prevalence of female genital mutilation (FGM) in Sierra Leone 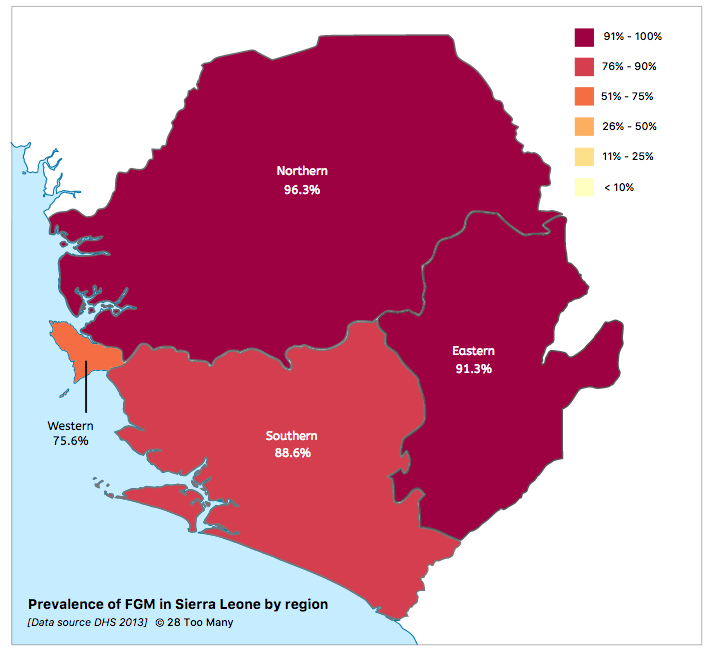 ‘The map in many ways correlates with the religious and to some extent ethnic demographics of Sierra Leone.

The Western Area comprises of a large population of former slaves resettled from Nova Scotia and parts of the Caribbean and they never had female genital mutilation as part of their culture. In the Southern region, FGM has been declining due to Christianity growing in the region and the Christian leaders largely oppose the practice so the future of most girls is brighter there . However, the Northern and Eastern regions are Muslim. I do not see the status quo changing any time soon’