Ethnicities of Slovakia (Slovaks, Hungarians, Rusyns, Roma) - based on the 2021 census

Ethnicities of Slovakia (Slovaks, Hungarians, Rusyns, Roma) - based on the 2021 census 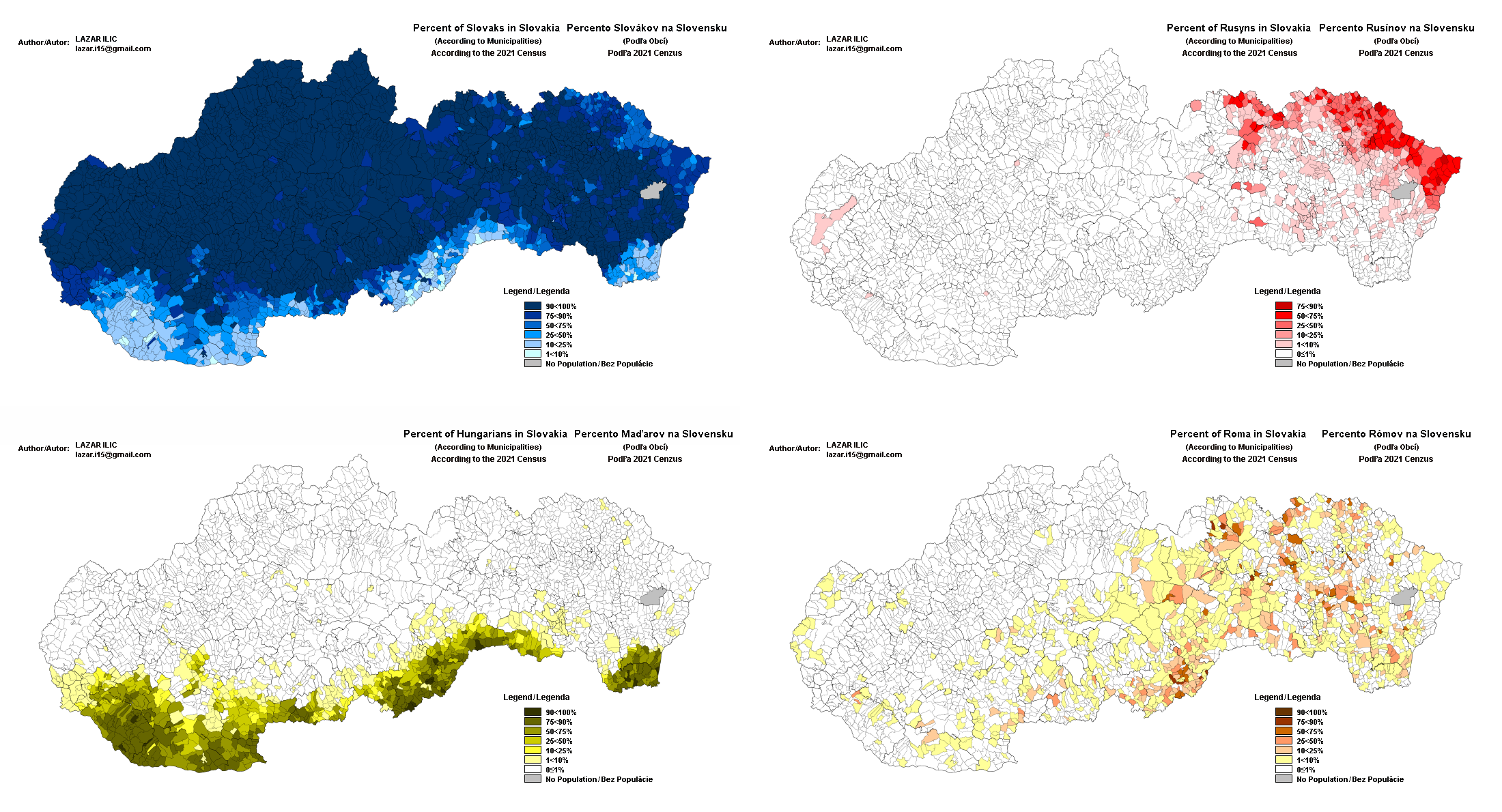 ‘Love to see the Rusyn ethnicity represented. A micro Slavic ethnicity that developed in the mountainous region between Slovakia/Poland/Ukraine.

They are a very controversial “ethnicity” however, as Ukrainians claim they are just Ukrainians living in Slovakia, which is a claim Slovaks tend to take great offense at.

Indeed, the Transcarpathian Slavs that used to be called Rusyns during the time of the Austro-Hungarian Empire were also one of if not the most radical groups that participated in the Ukrainian liberation movement in the early 20th century.

The languages are also identical as far as I can tell. They have some distinct dialectal vocabulary, but this is not specific to “Rusyn language” but just Transcarpathian dialects of Ukrainian.

Also, in the 18th and early 19th centuries, before the term “Ukrainian” was invented, speakers of the Ruthenian language (which split into Ukrainian and Belarusian) called themselves, you guessed it, Rusyns or sometimes Rusnaks.

I’m just saying all of this so you can judge for yourself. Of course, at the end of the day, it’s up to the Slovakian Rusyns themselves how they choose to identify, but in my limited experience they seem to be quite ambivalent in regards to the matter, unlike Slovakians for some reason.’