Religion in Germany by district, 1925 census

Religion in Germany by district, 1925 census 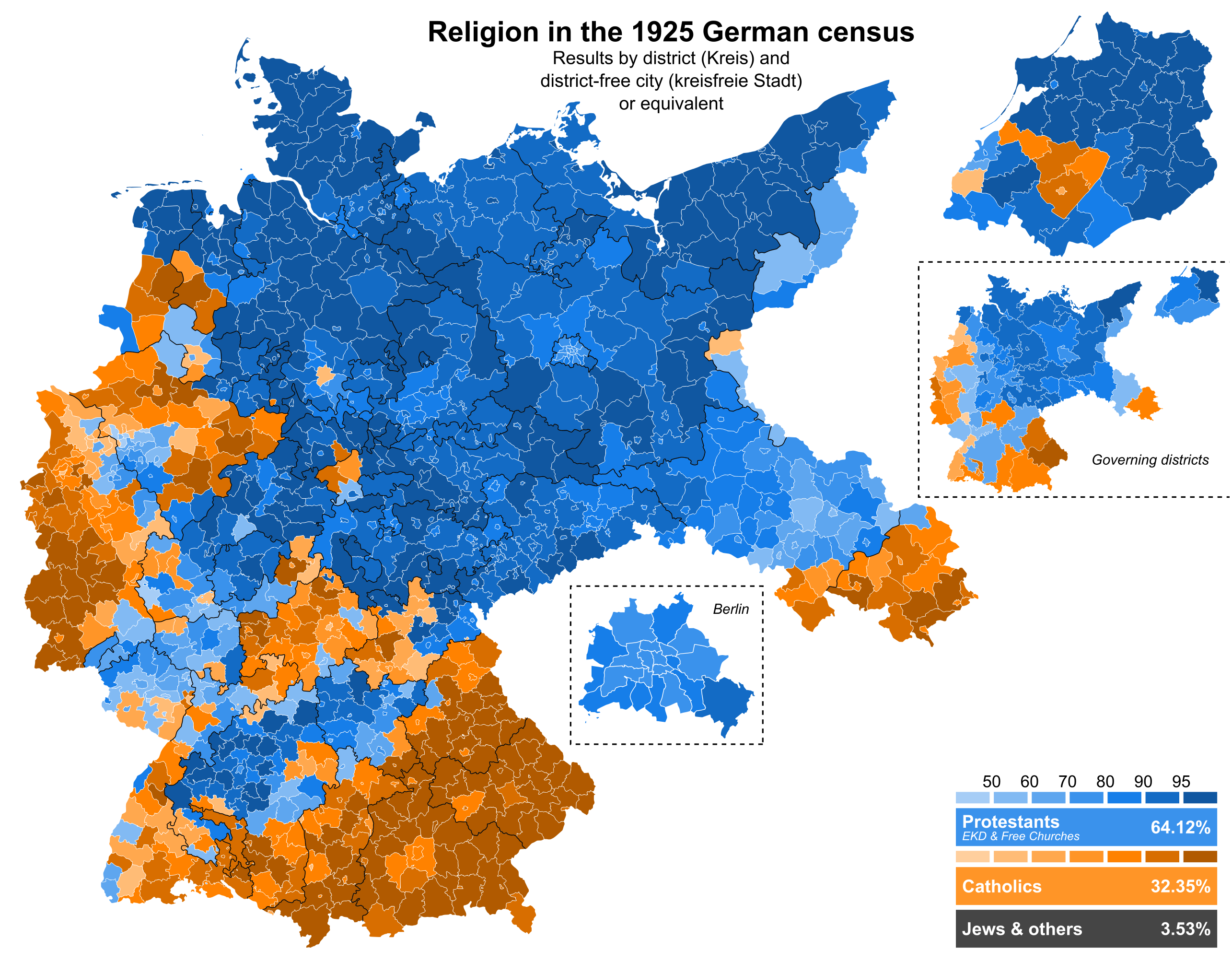 ‘I always thought it was much more catholic than this

Modern maps show it being majority catholic because most of the majority prot parts were either given to poland or put under East Germany, in whos territory most people became atheist’