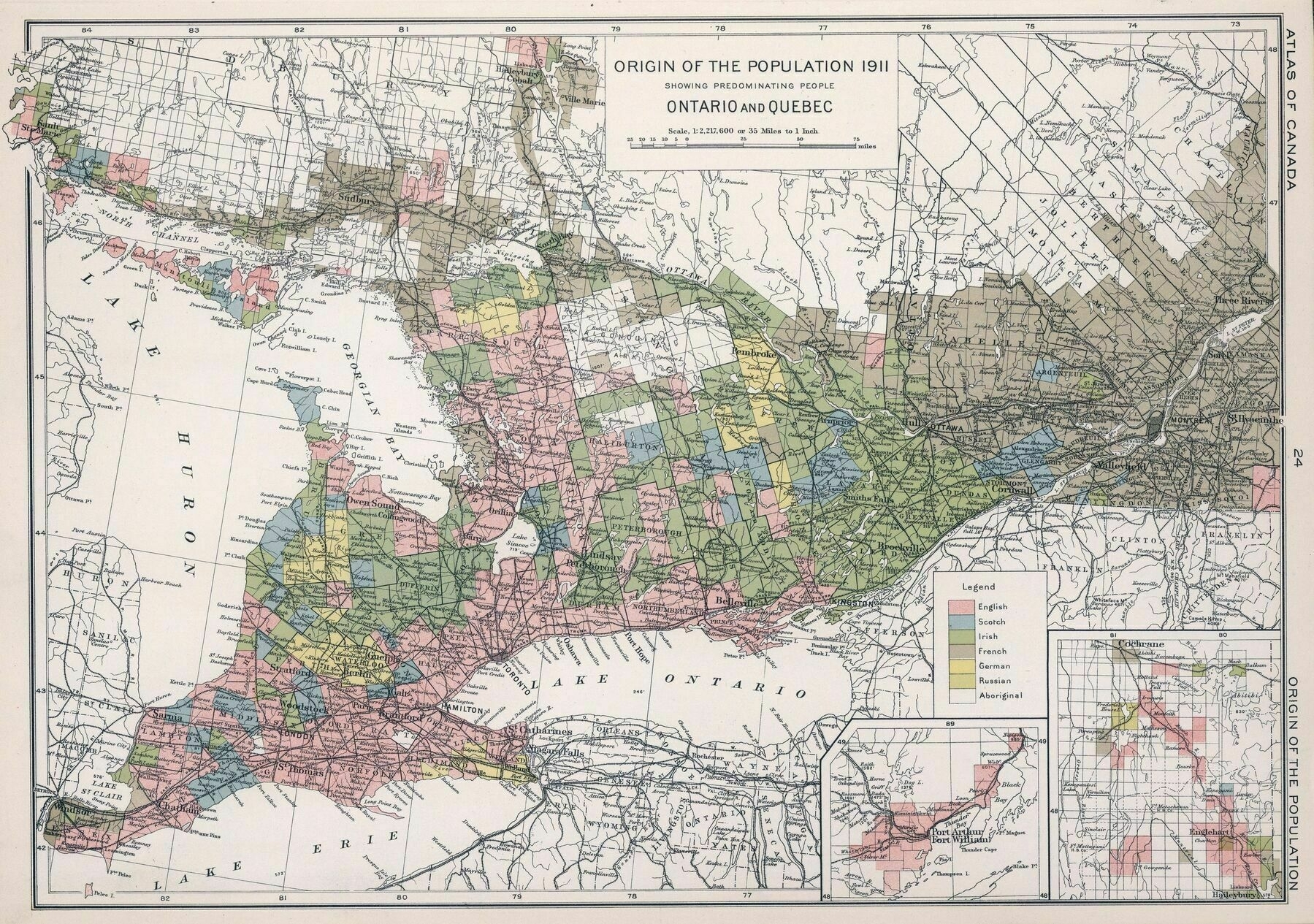 ‘I think Windsor is the Irish green. I would say that the only Russian green is around Frederick House L. (in the corner inset)

I’m from Windsor, it’s French. There used to be a large population of French in the area and many of the street names are French, now locally pronounced with awful anglicized versions

I heard that a-lot of French Canadians have Irish blood from the huge influx of Irish into Quebec in the 1840’s. Is that maybe a reason for the green? Many of those people probably switched from Gaelic to French speaking, skipping the English part

While it’s true that many Irish immigrants in Quebec (or their descendants over several generations) assimilated into the Francophone majority, the Irish in Ontario overwhelmingly spoke English, even in areas where French was spoken

My guess is that was a 20th century phenomenon. The famine immigrants were from overwhelmingly Gaelic speaking areas in the west of Ireland, many had no English atall. It could well be that for many it was English they learned when they got to Canada

The Irish that settled in Montreal largely integrated the English speaking community. In the Quebec countryside, many married fellow Catholic French Canadians and eventually switch from Irish or English to French. Also, many Irish orphans were adopted by French Canadians and became French speaking. That was the case with my Irish great-great grandmother.’