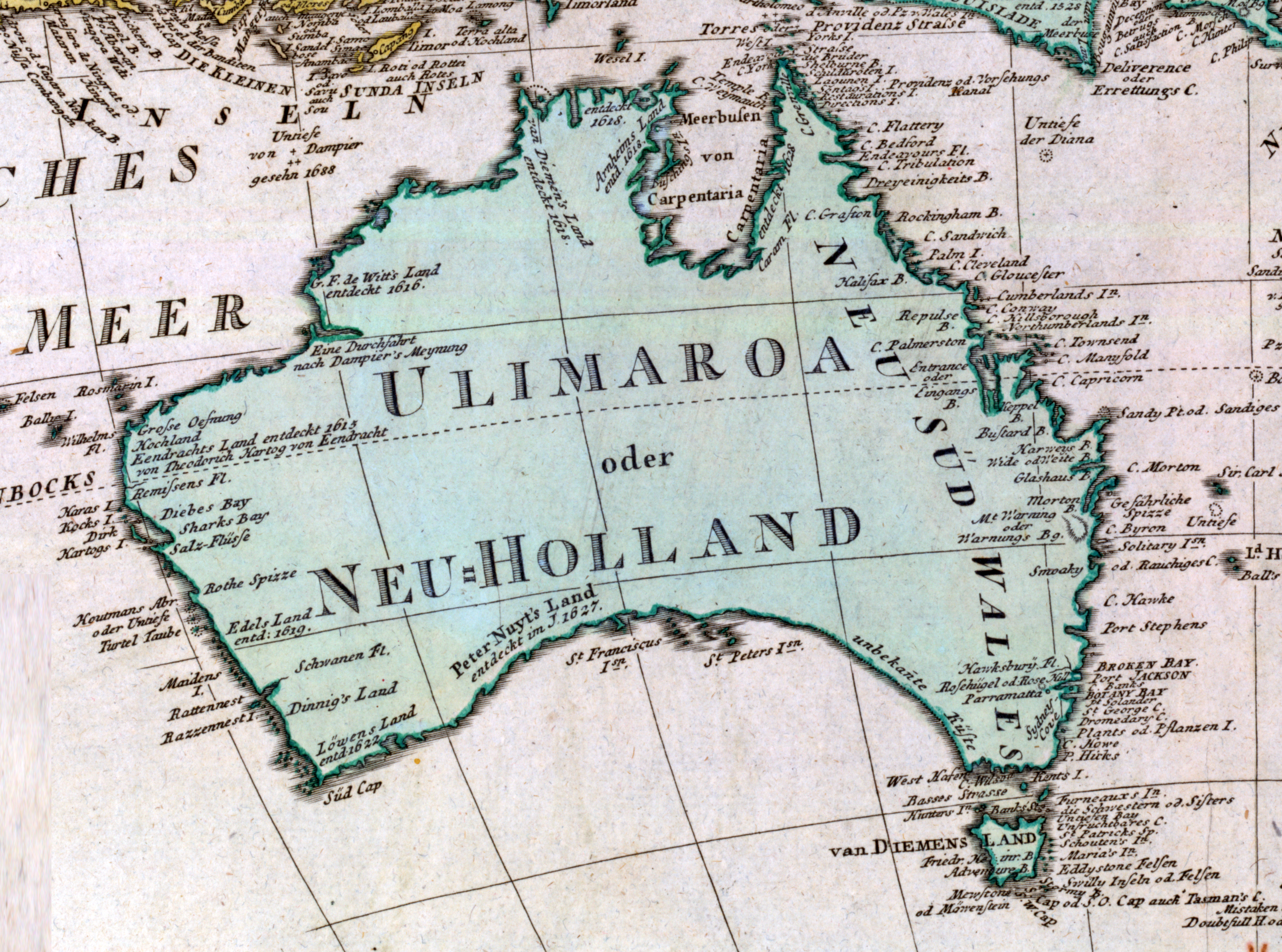 ‘The Ulimaroa name has some interesting background- that’s a real TIL! - thank you!

Same! Very cool. And in the age of Spanish, Portugese, Dutch and British ruling the waves, a Swedish cartographer is out of left field

That Australia was very nearly claimed by the French, and the populate or perish mentality is well known - this was a snippet that I really didn’t know, especially: did the Maoris know of Australia? Really cool’