1720 map showing California as an island

1720 map showing California as an island - by Nicolas de Fer 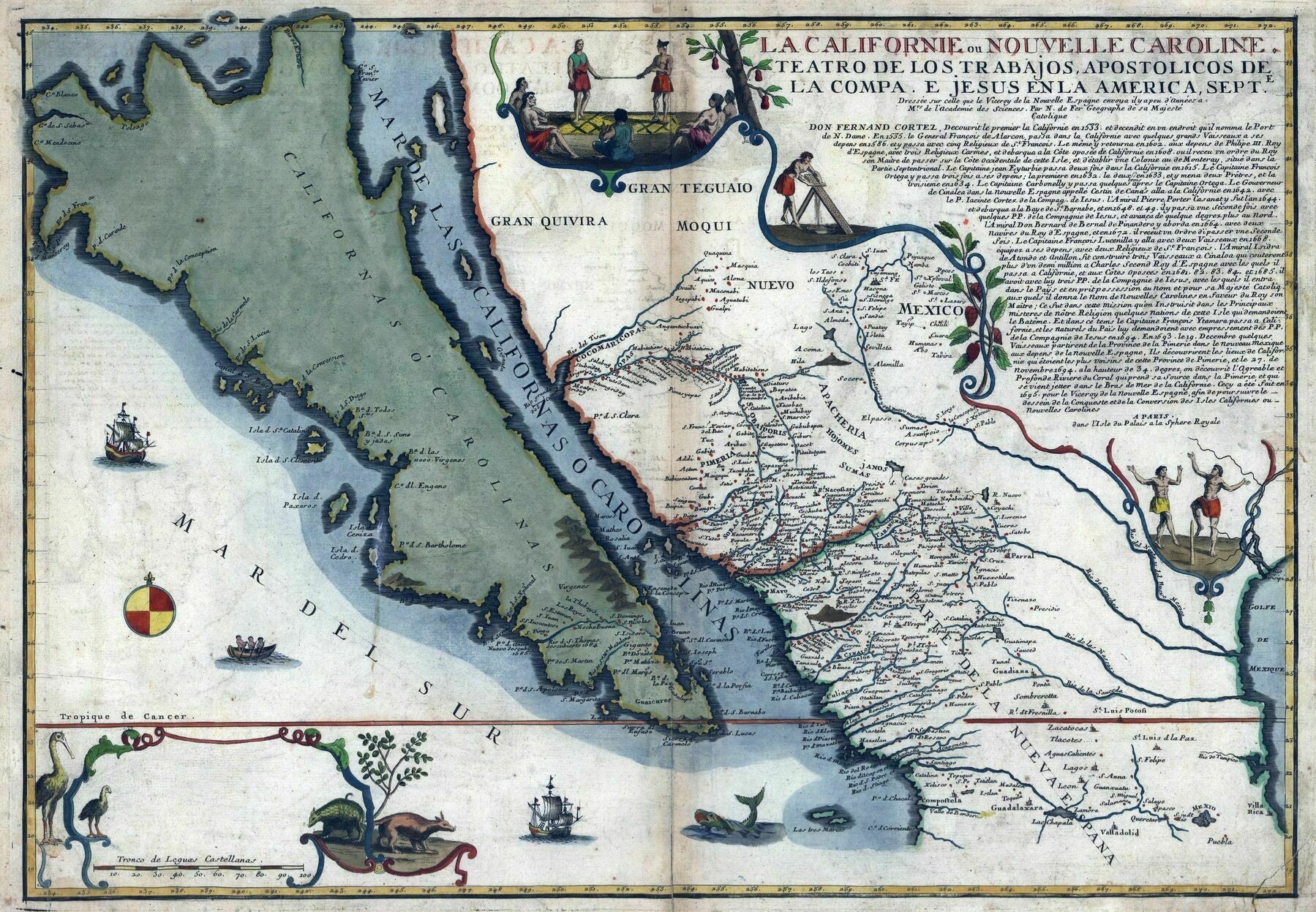 ‘Would be interesting to know the route they travelled through California. I guess they crossed the gulf thinking Cali was an Island, and continued north not realising they were on the same landmass they departed from. Looks like they got all the way up to Monterey Bay but still thought they were on an island!

Iirc they sailed across for a long time. The Spanish were also sailing up down the coast. At one point they were sailing between Monterey and Drakes Bay up around Point Reyes which is around the area labeled Mendocino. This route took them by the San Francisco Bay but they didn’t know it was there for like 200 years. They sailed past it and never noticed the inlet because it was always foggy. Another interesting thing is that the area labeled something like “Sebas” is probably the Russian River Basin. This happens to be the most northern extension of the Spanish Empire and the Most Southern extension of the Russian Empire

Thank you for the reply! Had no idea the Russians went as far as California, and I also didn’t notice the “S. Fran” on the map until you mentioned it. Very interesting, I’ll have to look up more about it. Hard to believe that only 300 years ago this was all uncharted territory, for Europeans anyway’