1687 map of the Mogul Empire in northern India

1687 map of the Mogul Empire in northern India 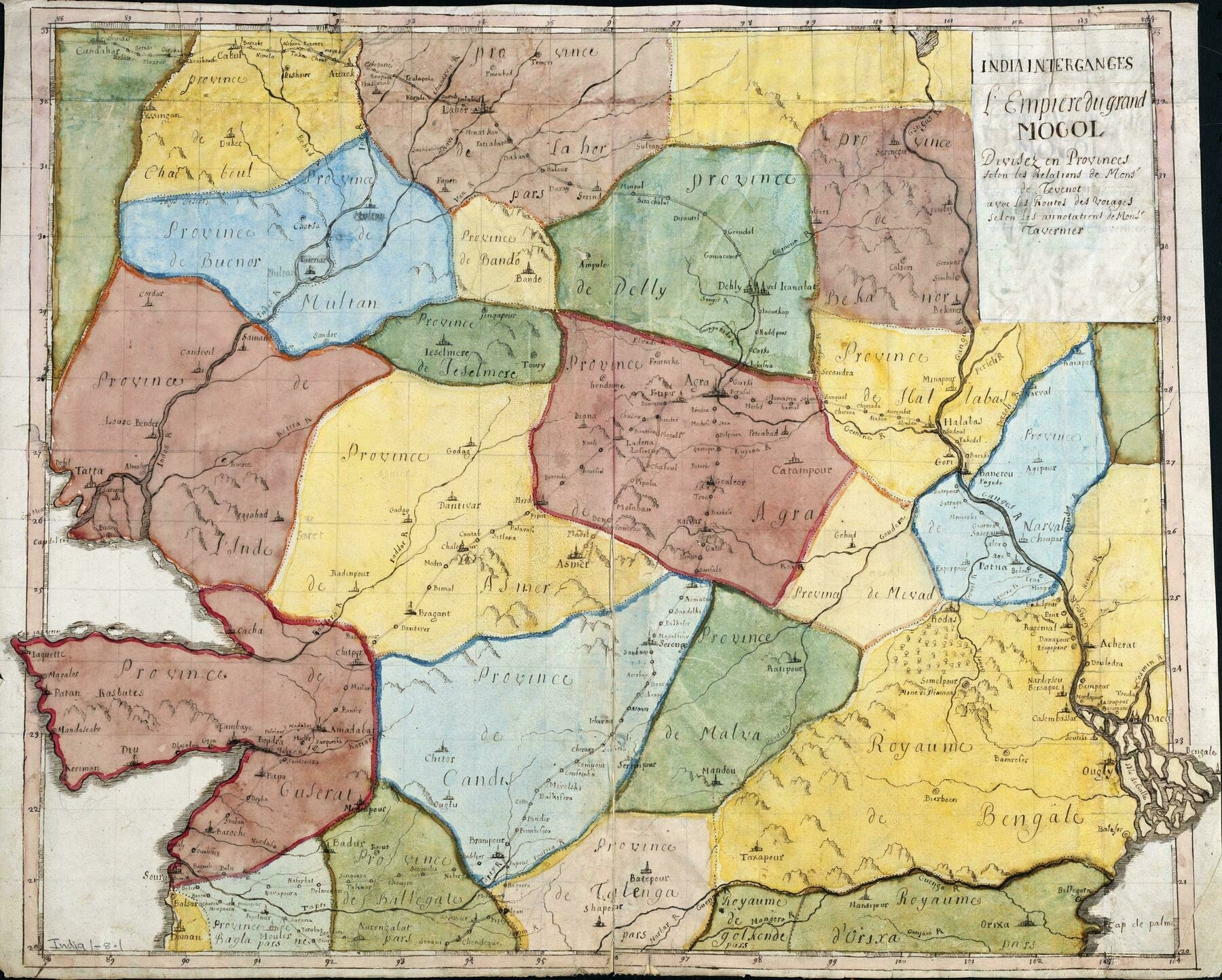 ‘There are almost no native speakers of English (0.02%). Everyone speaks it as a second or third language

India divided into 4 sections of equal population, based on elevation

India divided into 4 sections of equal population, based on elevation

‘I am most surprised by the green part

3D map of Jammu and Kashmir

3D map of Jammu and Kashmir Sub-branches of the Bengali-Assamese languages. The map is based on the historical ranges

Sub-branches of the Bengali-Assamese languages. The map is based on the historical ranges ‘It’s interesting to see how many there are. I’m sure there are thousands of sub-dialects in those families.

A friend at college is Tamil he would often discuss how he is not Indian. He did that because I asked he wasn’t angry it was a historical discussion. He even said look at how his Indian friend has light skin and a large nose (compared to his) just like I did. It was true there is a sharp contrast between north Indians and the southern Dravidian speaking peoples’–dghughes ‘gawd dayum, this is really cool. Thanks for sharing !’–hellouralive “Nagaland’s only having 12.9% of people speaking their plurality language I found interesting. It turn’s out that’s only about 250,000 people and one of 16 or so tribes, making Nagaland no more populated than a large city elsewhere in India. According to wikipedia there is no majority language but English is typically used in government and higher education – When I lived in Nagaland, the blanket term for all their languages was nagamese lol …. In my time spent travelling in India, I never met anyone from Nagaland (or, for that matter, from the Seven Sisters in general). It’s such a fascinating and unique place!”

Territorial Distribution of Andamanese Tribes in the early 1800s and 2004

Territorial Distribution of Andamanese Tribes in the early 1800s and 2004 “The Sentinelese have done a good job keeping outsiders away. They are a fascinating group and probably the world’s most isolated human population”–the_broccoli

1786 map of Bengal, Bahar, Oude & Allahabad : with part of Agra and Delhi - by James Rennell

1786 map of Bengal, Bahar, Oude & Allahabad : with part of Agra and Delhi - by James Rennell

“India is more diverse than Europe.

However, many minority languages are rapidly declining in favour of the dominant state languages. In that sense, each state is becoming more homogeneous despite interstate migration”–Zaketo “When the missionary died last year from visting the Sentinelese it was something that could have been prevented had he listened to common sense. Those people have made it clear as a community that they wish to be left alone and the Christian thing is to respect those wishes”–CaptainObvious110 “Oh, interesting. Sikkim is India’s least populous state with ~600,000 people. These languages all seem in the Sino-Tibetan family, the Tibetan branch, and a lot of them endangered”–MeekHat

India drawn up by roads