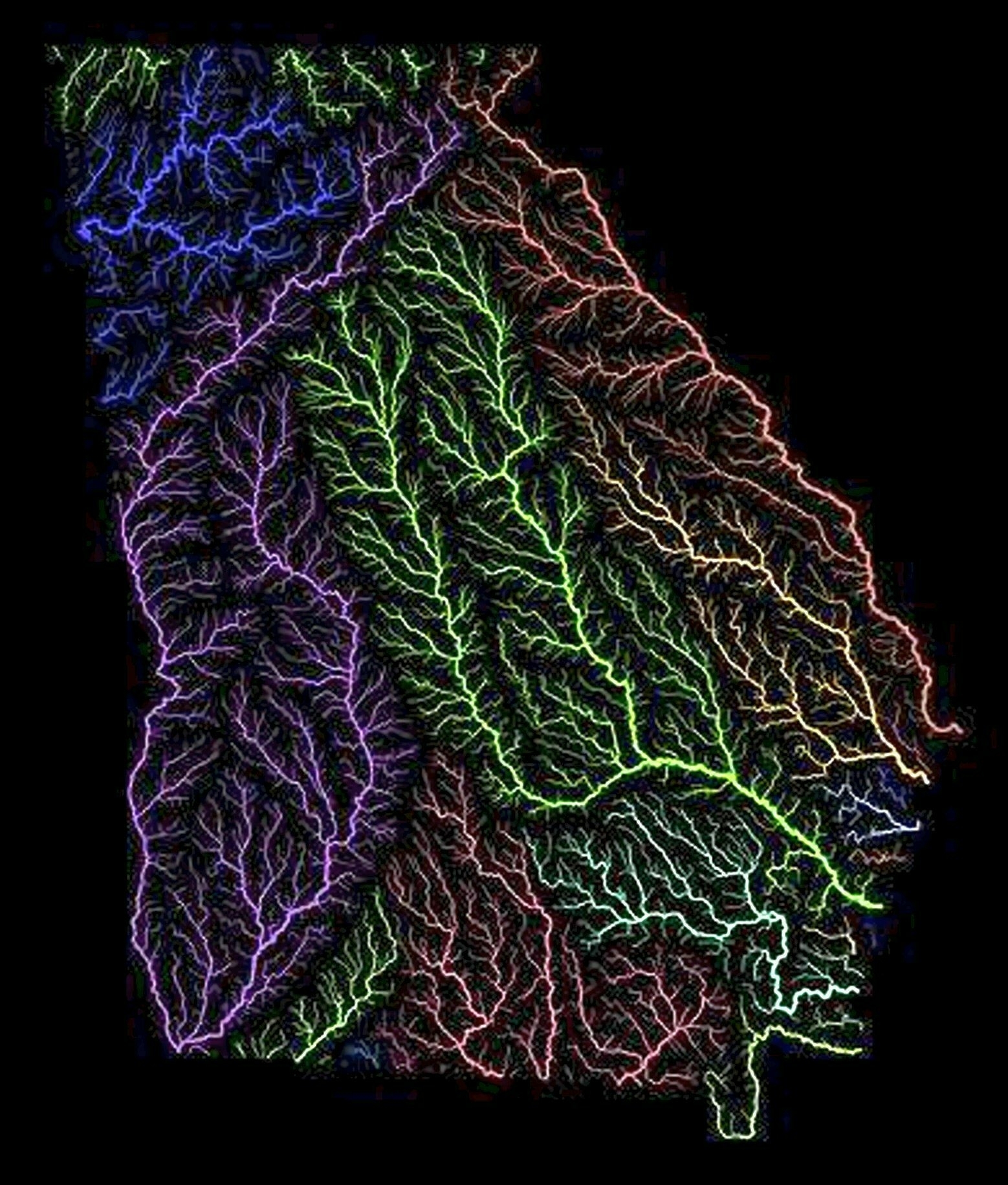 ‘The bright purple one that cuts across southwest and then turns south is the Chattahoochee. Having lived in that area, I can confirm that it does indeed get hotter than a hootchie-kootchie’ ‘At first I thought one of them was called Wank

The other names aren’t much better: our, sure, mess’

River basins of Thailand. The largest river basins are the Chao Phraya basin (blue), and the Mekong River basin (pink) ‘Woah, this is beautiful’ ‘Kinda wish the Mekong and Yangtze basins were further apart color wise, they almost look like 1 basin at first’

Seaports in the World

Seaports in the World Mainly, people tend to get excited when they realize the screwy way that the Mississippi’s length is usually reckoned, or sometimes just simply add the two rivers together. This map is old, too, and the interior of Africa wasn’t that well explored, so the precise length of the Nile probably wasn’t actually known’ ‘Wonderful map but how on earth do you take that picture?

Mainly, people tend to get excited when they realize the screwy way that the Mississippi’s length is usually reckoned, or sometimes just simply add the two rivers together. This map is old, too, and the interior of Africa wasn’t that well explored, so the precise length of the Nile probably wasn’t actually known – so by what people knew at this point, the considerably better-surveyed Missouri probably was the longest river of all.

(And that may also be a factor – the modern idea that the Mississippi is the longest river may very well still percolate from a time when that was an entirely reasonable conclusion.)’

1945 map of the Mississippi River Basin - by Edwin L. Sundberg

1945 map of the Mississippi River Basin - by Edwin L. Sundberg The Mississippi River, along with all the feeder rivers which make up the broader basin, has been very important to the development of the United States’ “How have I never realised until right now how similar shaped NSW is to the US?”–York_Lunge ‘Very cool. I want a really high res version of this with labels’–thomaslsimpson ‘Fun fact. Technically a fish could swim through the USA from the Gulf of Mexico to the Pacific Ocean. A creek in Wyoming splits in two and eventually reaches both the Mississippi and the Columbia Rivers’–desperadow ‘This is incredible. I love the way there are so many large catchment areas in the east of the continent however once you get in to the west it is all broken up into tiny sections … Tiny?! Some of those catchment areas are still the size of Belgium … Thank you kind sir for using my country as a measuring reference … For some reason, unknown to me, us Aussies use Belgium a lot when referring to the size of portions of Australia. I don’t get it, but that just happens … Belgium is probably the most well known, culturally significant country that’s extremely small.

But Belgium was a coloniser, and went to war with other European countries. It’s a big deal, so it feels meaningful to say “we’re so massive you could fit Belgium into one of our cattle stations”.’

‘Holy shit the Murray river has some reach … And the Darling River!’

‘What a coincidence that the change in the color of the waters corresponds exactly to the currencies of the states!’–sapphocubas ‘I’m always fascinated when I drive between Jamestown and Valley City on I-94 and I see that big marker, “CONTINENTAL DIVIDE”. Seemingly in the middle of nowhere, in a flat expanse.

Get up to a place like Harvey where the James and Sheyenne come within 10 miles of one another. Perfectly walkable over mild terrain. And yet, the waters in each river diverge, never to cross again, destined to end up on complete opposite ends of the continent. Incredible …. There’s a creek in Wyoming which splits (which is rare enough, rivers typically don’t do that), with one part flowing to the Atlantic and the other flowing to the Pacific’ ‘This is awesome. Each one of those big, and sometimes smaller ones, has an amazing cycle path running along it if you’re into long bike rides and camping out. I’ve done most of the stuff in the southwest because i live there so this is interesting to see where to go next when its safe to get back out on the roads’–youwutnow